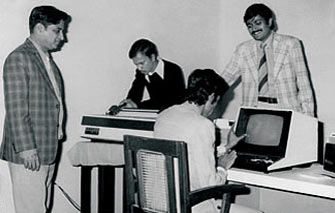 The golden advice that I kept in mind forever

One of my first ever job after graduating from IIT was at Indian Oxygen, also known as British Oxygen in those days. Though I was inducted at their Taratala Factory in Kolkata, I was posted at their Chennai factory, which was smaller than their Kolkata plant located in the Northern fringes of the city. Once there, I was supposed to meet the zonal manager of South division. This was not an ordinary introduction meet. Rather this meeting would change my life forever, laying the foundation of my working goals and aspirations that I would follow all my life. Mr A.K. Bhattacharya was in charge of the Chennai factory and I was ushered into his capacious chamber. Mr Bhattacharya’s sonorous voice and English diction belied his Bengali roots.

Indian Oxygen had a typical British style of functioning. Everyone had to be dressed in impeccable shirt and tie and the tea-cups or trays served in office stuck to the line of hierarchy. For example, junior officers got just one cup while seniors got trays with several cups and the numbers increased or decreased depending on the hierarchy. Mr Bhattacharya was like the high priest smoking a pipe, welcomed me in his chamber. He was magnanimous to get up from his perch and shake hands with me.

What followed was an exhaustive enquiry into my background, genealogy included. His eyes lit up when I mentioned my father who was a well-known children’s poet. He was an excellent listener and did not interrupt me as I kept talking. He listened to everything in a relaxed demeanour oozing confidence. Then he came up with a golden piece of advice. He said: ‘If you come to office on time, if you are diligent in your work, if you build excellent relationships with your peers and are respectful towards your seniors, if you meet your targets, if you work hard and smart and comply with the ethos of the company, please note that you have done the bare minimum. It is what you do beyond is what will count for your growth.’

There was pin drop silence in the room as his words reverberated and became an intrinsic part of me. The best piece of powerful advice anyone could give to a fresher, I was just 22-23 year old then. And needless to say that statement of his impacted me all my life.